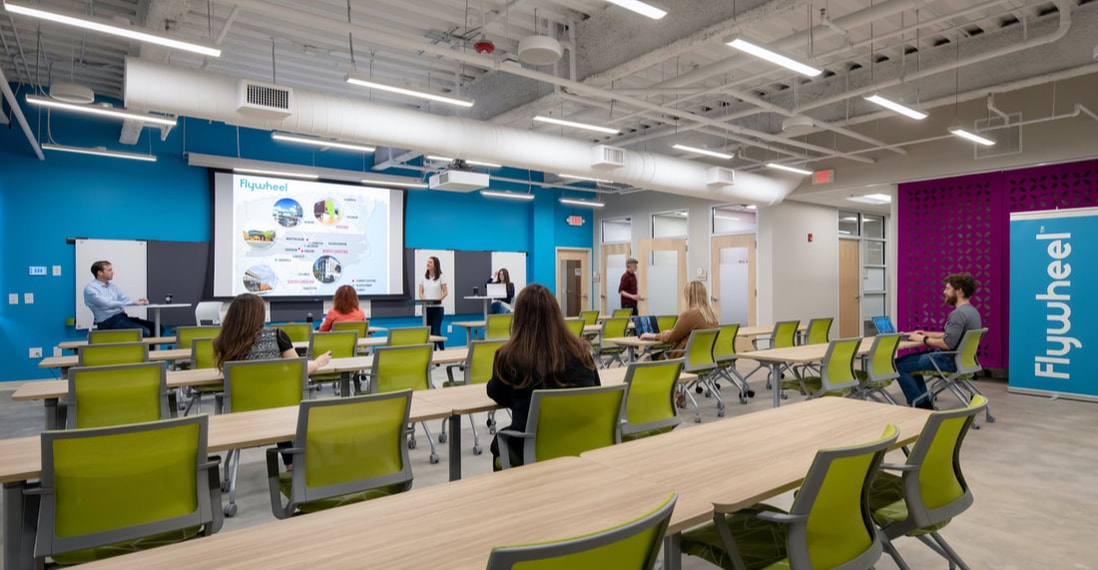 ClarkPowell continues a successful partnership with Flywheel, a leader in creating coworking communities. The space was designed by Workplace Architecture+Design and is located in the former Cabarrus Saving Bank Building. The center has over 20 private offices, shared meeting space and common areas for businesses to grow as well as network with other businesses. ​​ 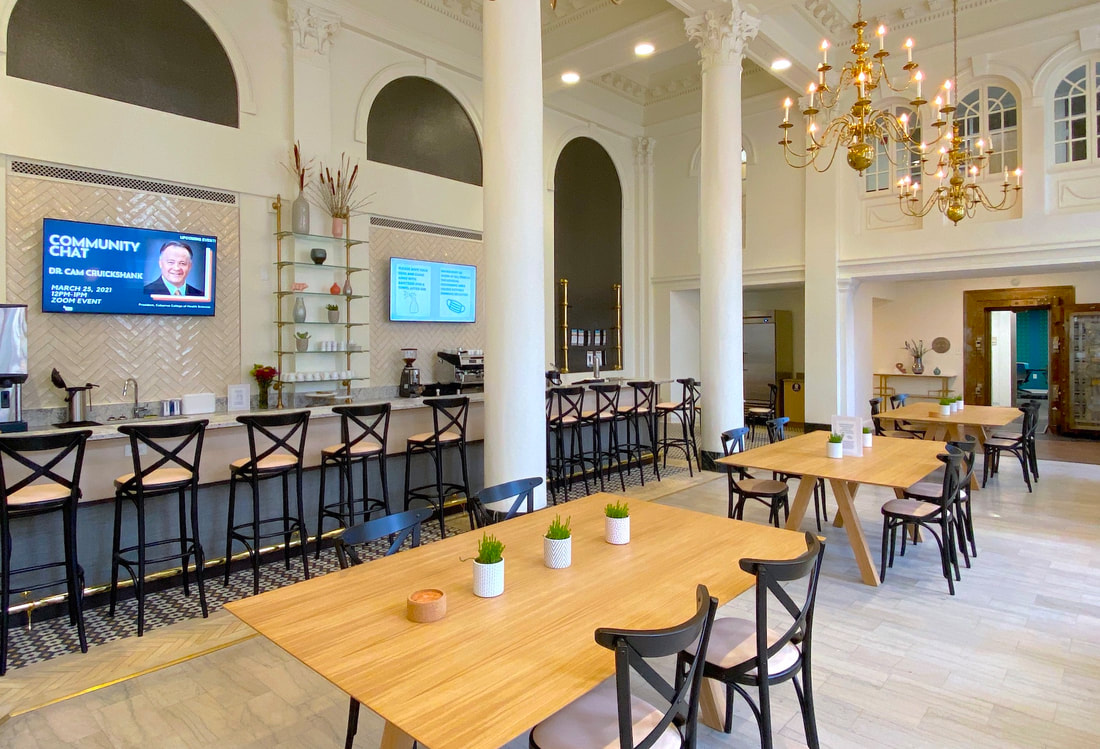 ClarkPowell installed a new AV system in the recently opened Cabarrus Center in Concord. A ceiling mounted Sony projector and electric screen were installed in the event space along with 9 pendant ceiling speakers. The sound system will amplify both voice (wireless or handheld) and laptop audio. The AV system is controlled by a wall-mounted push-button controller in the room. 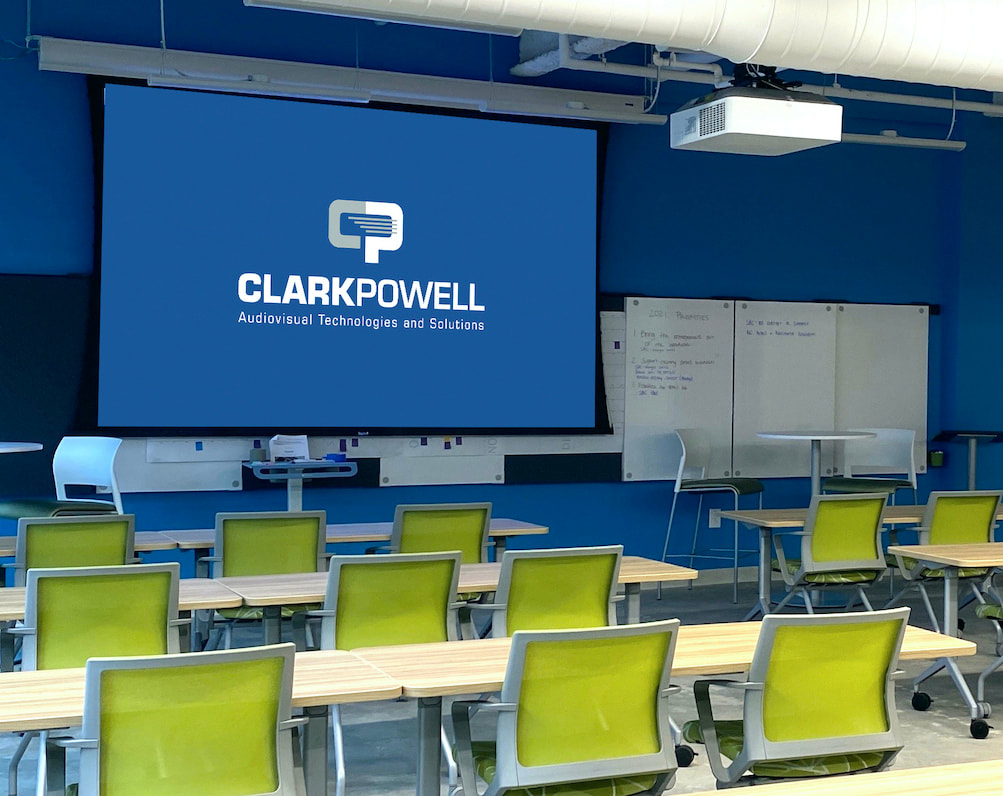 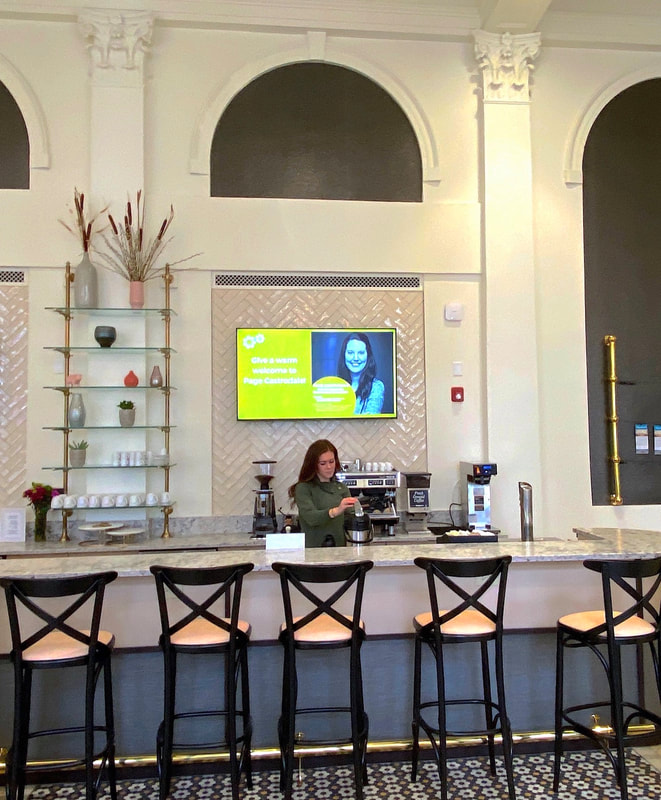 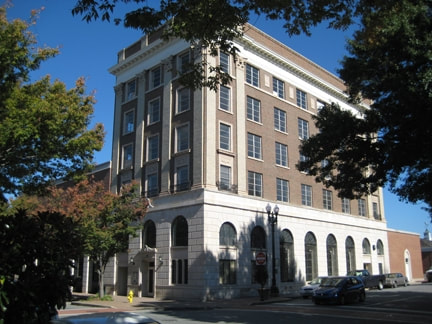 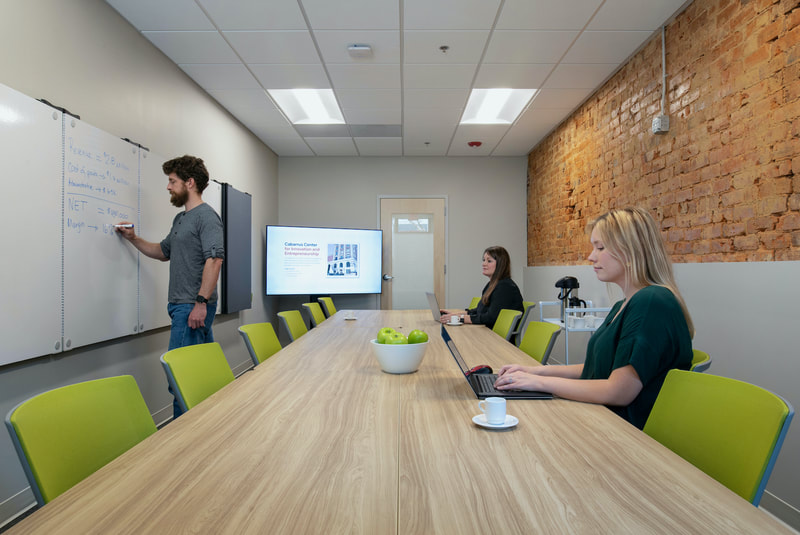 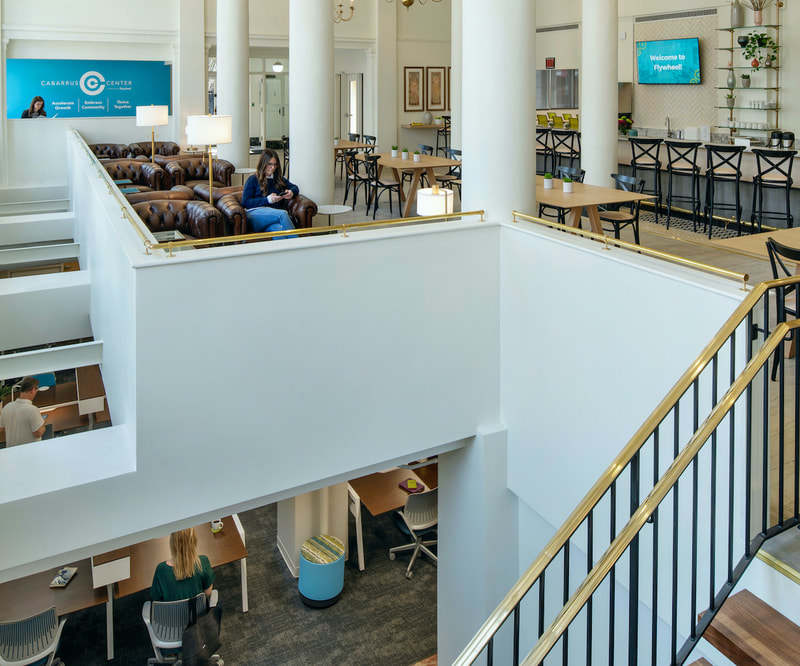 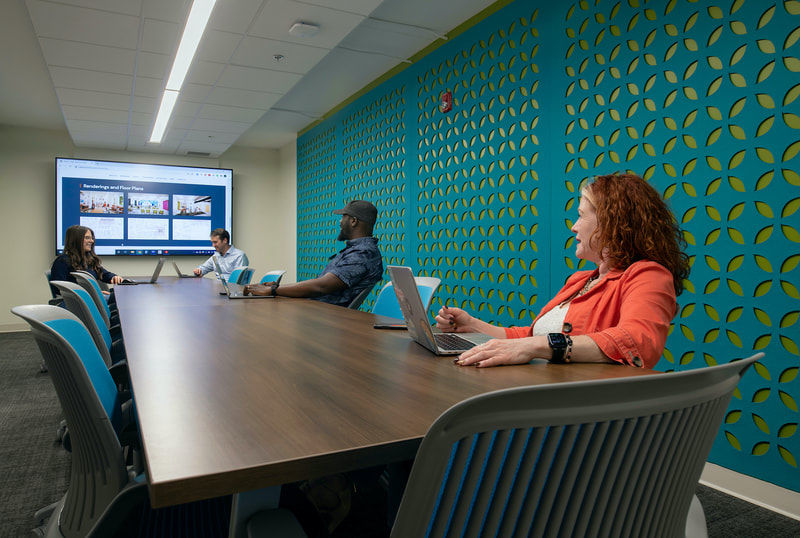 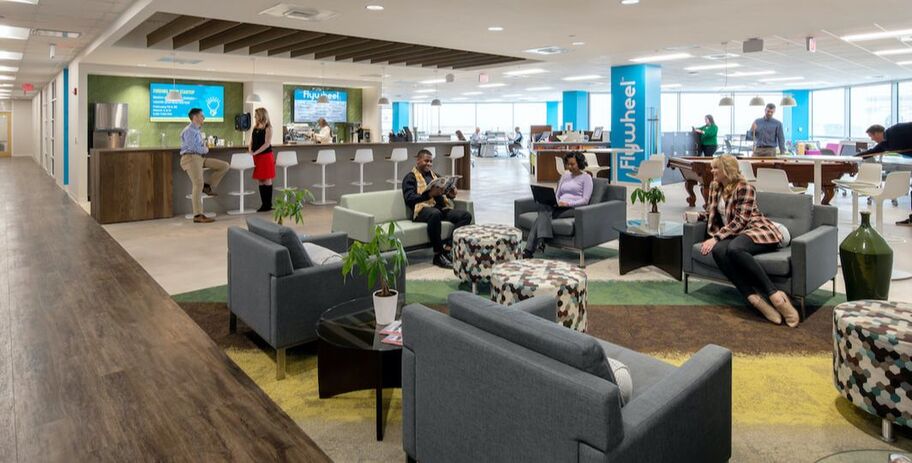 ​When Flywheel moved from the Center for Design and Innovation into the 18,035-square-foot space at 500 West 5th Street, they more than doubled the space available for their entrepreneurship center and growing coworking member community.
ClarkPowell was hired to design and install the new audio-visual system of the entire eighth floor in the downtown Winston-Salem tower. These new innovation spaces included several conference and meeting rooms, enclosed offices as well as open coworking desks and a common seating and bar area.

​ClarkPowell had simplicity in mind when designing the spaces, as rather than catering for a traditional long-term workforce, we needed the systems to be intuitive to use by companies that may only be in residence for several months. We installed two 60” flat panel displays in the common area. Each of these displays has a rear-mounted mini PC with wireless keyboard and mouse allowing full internet access.

The PCs are on the local area network which also allows synchronous and asynchronous signage rotations. We also supplied Extron Sharelink devices in the space to allow for full wireless collaboration and presentation.